Fist of the North Star Volume One establishes Ken, the main character of the series, as well as the world that he lives in.

Fist of the North Star is set in a world where a nuclear war has turned the world into a post-apocalyptic wasteland. The remnants of mankind fight over whatever supply of food and uncontaminated water still remains, and the strong prey upon the weak.

Kenshiro, who goes by Ken for short, is the successor to the Hokuto Shinken, which is an ancient martial art of assassination that kills an opponent’s body from within through the use of hidden meridian points. At the beginning of the series, Ken is captured by a gang and imprisoned with a young thief named Bat. During his imprisonment, Ken befriends a young orphan girl named Lin, who he ends up saving after he escapes from his cell. After defeating the gang, Ken heads on his way… with Bat accompanying him on his travels. While Bat is his traveling companion, the young thief is usually an observer rather than an active participant in the events that take place in the volume. But considering how powerful Ken is, perhaps Bat doesn’t really need to do anything.

As Ken goes on his journey, he encounters people who are suffering and being preyed upon by gangs. Ken uses his martial arts to help these people. He’s usually rather calm, but when Ken is provoked, he gets very angry. His journeys lead him to a city called Southern Cross, which is ruled by a man calling himself “King,” It turns out King is someone that Ken knows, and the battle between these two includes some character development for Ken. While most of this volume focuses on Ken and his strength as a martial artist, I was glad to see a section of the story that provides some backstory for him. I thought this helped to “humanize” him to some degree. While Ken shows he cares for others when he uses his martial arts to help the weak, he still comes across as “something not quite human” through most of the volume. Seeing that Ken has a personal and emotional struggle helped to make me see him simply as a person who has extraordinary power.

One of the striking things to me while reading Fist of the Star Volume One was the art style. It has a very distinct look, which I think works well for a title like this one. Artist Tetsuo Hara also does a great job with the action panels, and they almost make the reader believe that the images are actually moving. 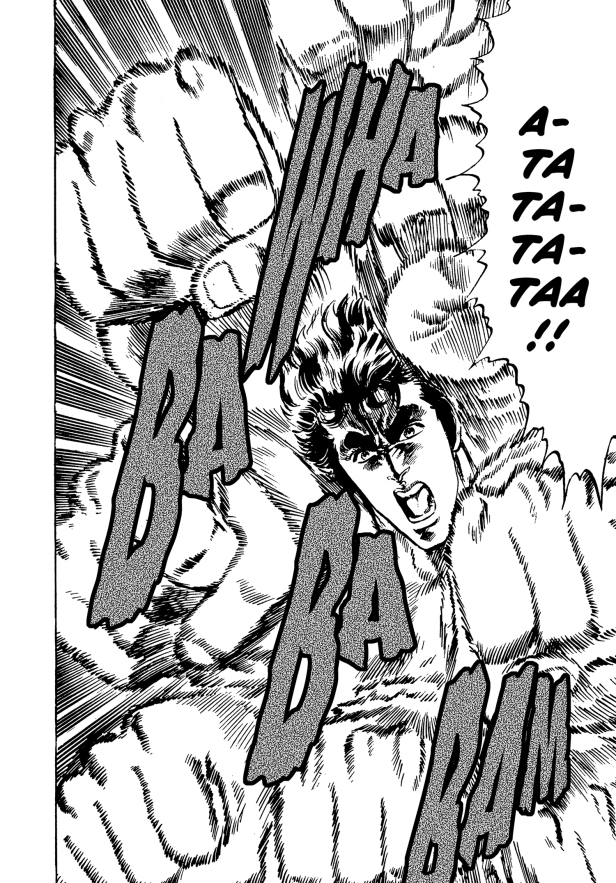 I also found Ken to be a fascinating character. Even before the backstory that helped to “humanize” him, I was interested in following him on his journey and seeing how he would use his abilities to help others.

For the most part, the first volume of Fist of the North Star is establishing the world that the story is set in, with the only real character development taking place right near the end. Some may see how much time is spent on establishing the world as a bit of overkill, but I thought it was needed to help the reader truly understand how dire the situation in this world is. By establishing just how bad it is, it makes it clear why a character like Ken is needed and why he is a hero.

Additional posts about Fist of the North Star:

This site uses Akismet to reduce spam. Learn how your comment data is processed.